The project is located in one of the valleys in the Huang Mountain in Anhui Province.  The valley is one of the mountain narrow passes and gathering points of the water flowing down from the mountain.  The valley was inhabited by a small village that was connected to the outside of the valley through an approximately 2 meters wide narrow mountain road.  Considering the flood risk and inconvenience of transportation, the entire village was relocated to elsewhere outside of the valley.  The village was abandoned.

In order to revitalize the abandoned village, to manage the water is the first and essential step.  In the village there are a number of man-made canals that were for irrigation and flood control.  Located at the perimeter and the center of the village, the flood control canals are deeper than 2 meters.  It is one of the indicators of the severity of the flood risk. 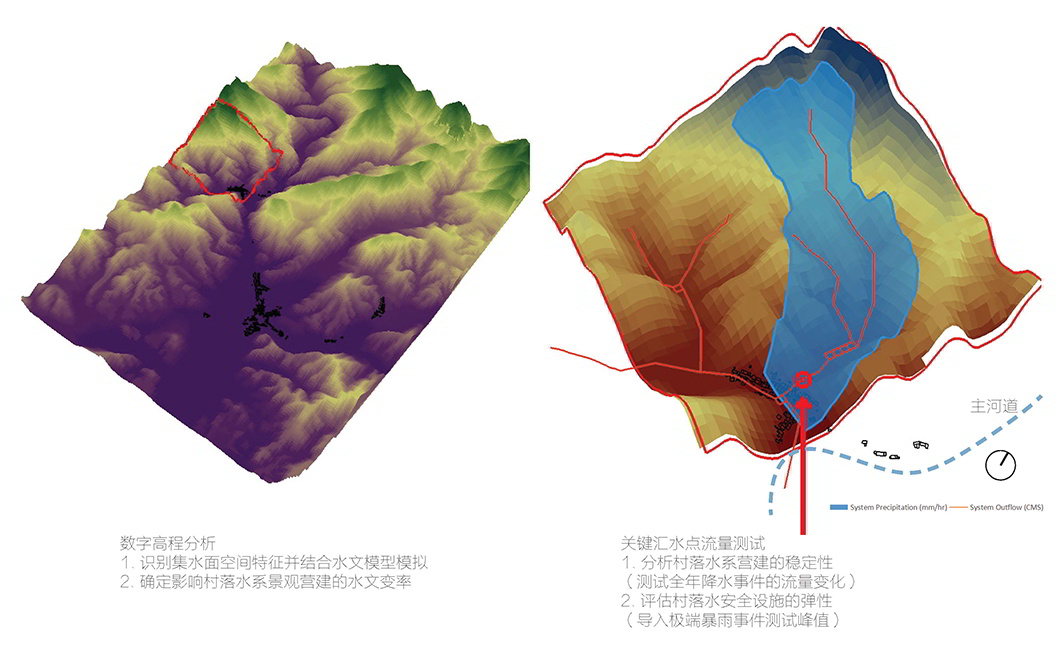 Based on the 2018 statistic of perception of the region, August is the month when most of storm and flood occurred. According to the on-site observation, during the non-rainy seasons, the water level in the canals is very low.  However, considering the trend of occurrence of extreme weather, it would be more reasonable not only to follow the official guideline of a flood risk management that categorizes the severity of flood simply as once a decade or one a hundred years, etc, but also to come up azflood risk management strategy that fully considers the experiences and wisdom of the original residents of the villages and is more dynamic and scientific. 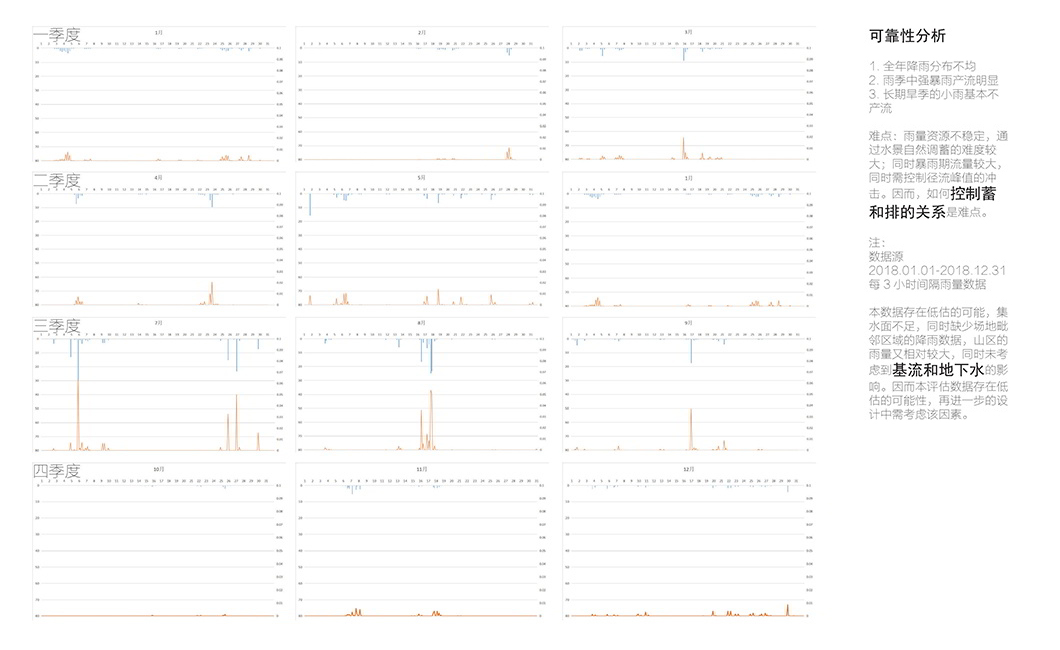 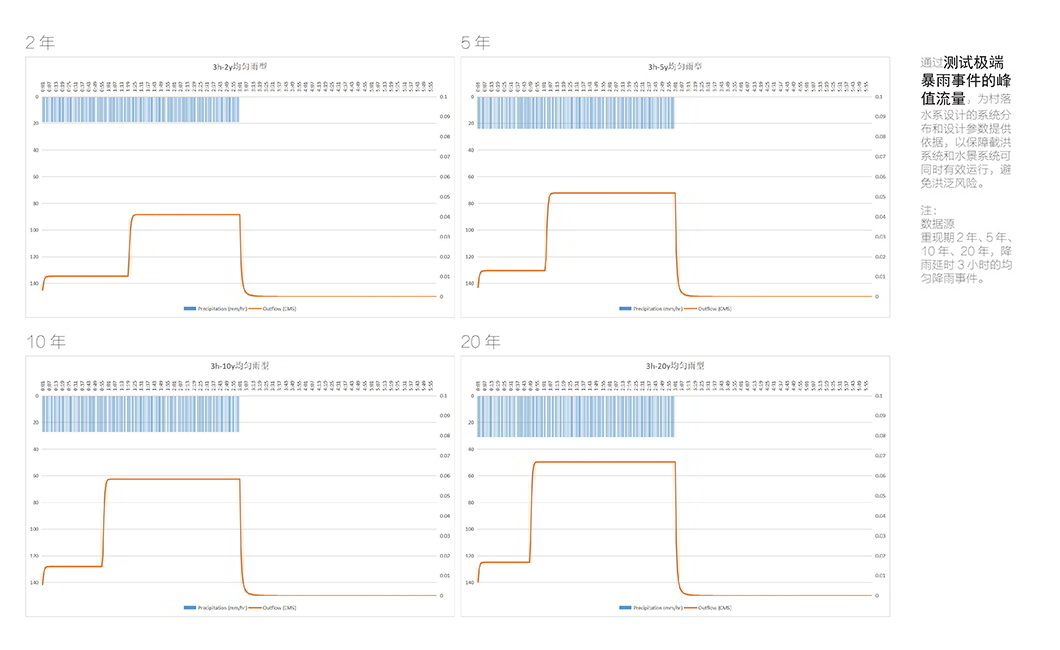 When the water from upstream flow through the narrow mountain pass where the village is located to the downstream, in the unmanaged condition, the water will expand to several streams and create a fan shaped tidal flat.  If the only focus is to limit the size of the basin range, naturally in order to contain the volume of the water, the depth of the canals has to increase, which is the current situation.  Our strategy, however, is to take advantage of the currently available wildland to divert the flood water.  We created overflow outlets in the current canals to lead the exceeded water to the wildland to form the tidal flat called“one pond three mountains”.  The focus of our strategy is not only to manage the flood, but also more importantly to create a healthy, dynamic, and responsive hydrology environment. 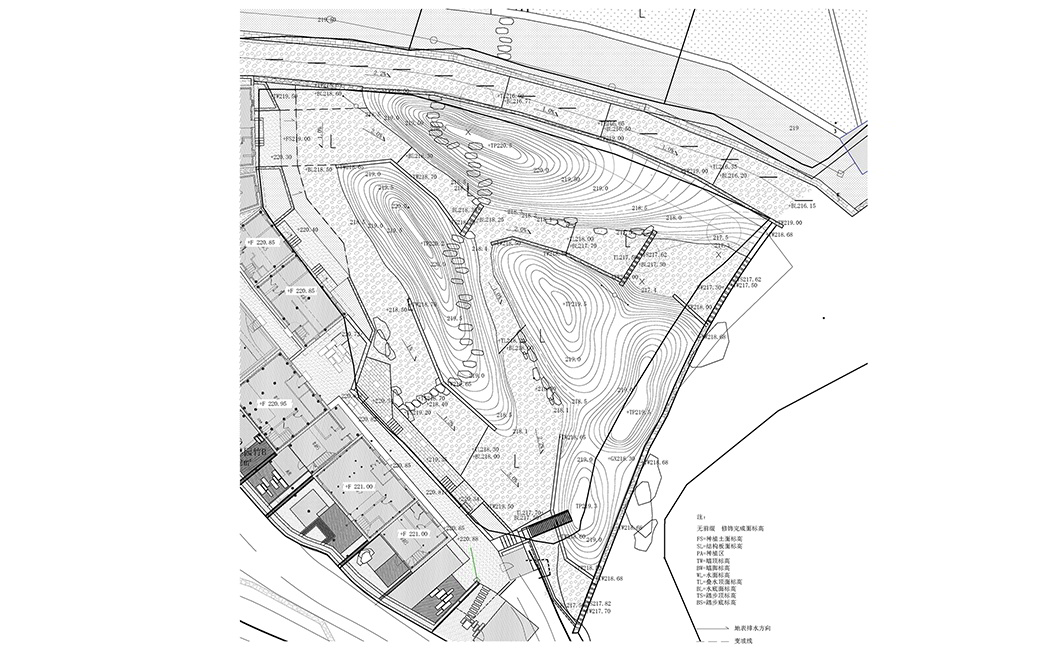